Added 4 months ago by admin
46 Views
Complete audio + Multicam video recordings of The Rolling Stones SIXTY tour at Anfield Stadium, Liverpool, England. This show was dedicated to Charlie Watts, it was the first show in Great Brittian without him.

• Get Off Of My Cloud was played for the first time this tour, it was played after Mick Jagger told the crowd that this was the 1st show in England without Charlie, and they dedicated this show to him.
• I Wanna Be Your Man (The Beatles cover), was played live for the first time since 2012. Specially played in Liverpool, The Beatles city.
• There was no vote song tonight.
• Keith Richards did You Got The Silver and Connection

Source/credits:
Audio: Graf Ritmo
Editing: Midimannz
Video (Youtube sources): Credits for the videos & pictures are given at the end of the concert. 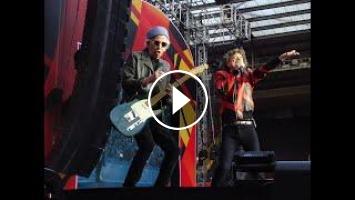