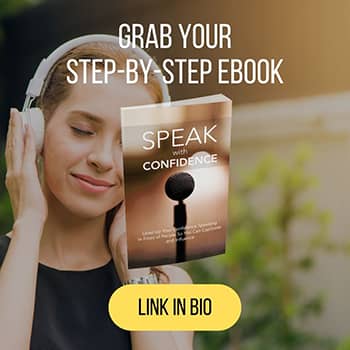 Added 1 week ago by admin
9 Views
Halsey Live 2022 FULL CONCERT at the Hollywood Bowl in California Love and Power Tour.

What an amazing SOLD OUT show! Halsey delivered a POWERFUL performance in her home town full of her friends, family and loyal fans. PLUS her favorite band Wolf Alice delivered a great show too. She worked her ass off and was full of energy and emotion, delivering a positive message to everyone while showing off her warm and perfect voice. No dancers needed she is a powerhouse on her own accord!

https://www.loveandpower.com/ - Get Tickets here you must see this in person!

The show started out with a bang as she started from the rafters above the bowl. It also ended with an amazing fireworks show after the show. The audience screamed the words to every song, the aisles were full of dancing fans.

As Halsey reaches the halfway mark of their tour, you’d think her energy would be drained, but that is not the case. At 9 p.m. sharp, the singer was on stage, composed with a microphone in hand as the intro to “The Tradition” silenced the audience.

Before fans knew it, Halsey was strutting around the stage, jumping up and down as the excitement buzzed in the outdoor venue. Flawlessly moving from “The Tradition” to the fan-favorite “Castle” and then “Easier than Lying,” they didn’t miss a beat, and showed no signs of losing steam.

These first three songs off the setlist were part of the first “chapter” of the show, titled “Capture.”

Soon, graphic visuals showed Halsey slamming her head against a dirty sink, laughing in her own blood as “You should be sad”, “1121” and the Post Malone collaboration “Die for Me” accompanied the horrific imagery.

During the second chapter, “Release,” Halsey spoke to the crowd, saying that Ohio was home to some of their best past shows. As fans cheered and shouted “I love you” to the singer, they entered into new territory with tracks such as “Graveyard” and the ultimate love song, “Colors.”

New visuals continued to grow darker as sirens wailed, unveiling a narrow hallway reminiscent of The Shining. One of the highlights of the show was during the outro of “The Lighthouse,” as concert-goers watched Halsey bathe in an old bathtub, octopus tentacles wrapping around their body. The crowd grew quiet with anticipation as they silently played bass on stage.

The darkness of the moment slowly faded as fans witnessed the third chapter, “Reflect.”

Here, Halsey once again opened up to fans about their struggles with finding love and how eventually, you will find someone who treats you right. They also told the crowd how much their life has changed since their last tour, now a mother to an almost one-year-old son named Ender.

It was a wholesome moment as they praised the crowd for being loyal fans and accepting them for who they are, which led to an intimate scene during “Be Kind” where they painted an array of different faces on a canvas. Halsey’s vocals remained on point, not even rushing their creative process as the song slowly faded.

Next came the unexpected acoustic version of “100 Letters” and the homage to their fan base, “Darling.” Tears streamed down the faces of fans as Halsey’s voice echoed through the microphone, proving the strength and vivacity of their vocals. After getting sentimental for a few minutes, the singer brought the energy back with “honey” and “Bad At Love,” creating a perfect sing-along.

The song Halsey fans are known to freak out over at their concerts, “Gasoline,” ended the chapter with another visual that showed them peeling off their own skin. While incredibly creepy and disturbing, it was hard not to jump up and down as Halsey did on stage.

Finally, fans were relieved as Halsey announced the concert was not over yet, even though they could stop at 22 songs in their setlist. Thus, the final chapter, “Revenge,” commenced.

The female empowerment anthem, “Nightmare,” kicked off the last stretch of the show, and was one of the best performances of the night. A screen behind Halsey displayed abortion statistics in the U.S. For all the women in the crowd, it was a collective release of anger and frustration, just as Halsey intended when writing and performing the song.

“Experiment On Me” and “Without Me” followed, adding even more intensity to the show. Confetti shot out into the crowd as Halsey managed to make their way off the stage to get closer to fans, the sky unrecognizable. It was a simple, yet effective touch.

Halsey said their goodbyes before ending with “I am not a woman, I’m a god,” which was a standout on their most recent album, If I Can’t Have Love, I Want Power. As they marched across the stage, it became clear that the singer has grown into much more than a performer, but a fierce and confident artist.

Overall, Halsey’s "Love & Power” tour left fans in awe and only wanting more from the singer. It was a night filled with what each chapter described: capture, release, reflect and revenge. #halsey #loveandpower 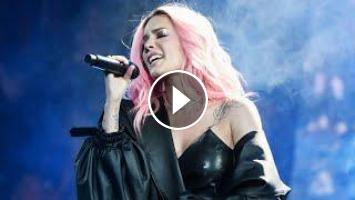 Halsey Live 2022 FULL CONCERT at the Hollywood Bowl in California Love and Power Tour. What an amazing SOLD OUT show! Halsey delivered a POWERFUL perf...