It was the first show in Georgia since 2015. This show was dedicated to Charlie Watts, the long-time Rolling Stones drummer, who passed away on August 24, 2021.

Soundcheck before the show

Some highlights:
- Shattered was played live for the first time since 2018. And it's only performed twice on the No Filter Tour.
- She's a Rainbow was the song vote winner. It was only played live once in 2021.
- Their newest song, about the Lockdown, Living in a Ghost Town was played live on this tour.
- Keith Richards did Connection and Slipping Away
- Brown Sugar is not performed on this tour. But 19th Nervous Breakdown is back on the setlist on this tour.
- Complete audio and complete Video recordings are included!

Thank you all for sharing! 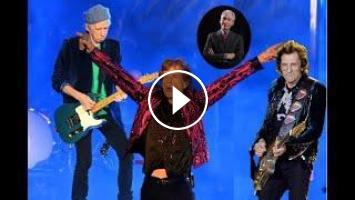 Complete audio + video recordings of The Rolling Stones 2021 No Filter Tour at Mercedes-Benz Stadium, Atlanta, USA. It was the first show in Georgia s...