The Rolling Stones did two shows in LA: on 14 and 17 October. This is the audio + video of the first show. Many thanks to the people who shared their videos on youtube (credits below).

Some highlights:
- Let's Spend The Night Together was the opening song (only happened once before at the private show before this 2021). So no Street Fighting Man this time
- The setlist was altered a little bit compared to the other shows, with new songs on the setlists as Rocks Off and Get Off Of My Cloud and different order in the setlist
- For the song vote (only slow songs on this tour), Ruby Tuesday was the winner. The first time they did this one since 2016.
- Their newest single (from their yet unreleased album) Living In A Ghost Town is a regularly played song on this tour. It came out in 2020 due to the worldwide Corona pandemic Lockdowns.
- Keith Richards did Connection and Slipping Away.

The Rolling Stones played the following 19 songs:
Let's Spend The Night Together
19th Nervous Breakdown
Mick Jagger speech: show dedicated to Charlie♥
Rocks Off
Get Off Of My Cloud
Tumbling Dice
Ruby Tuesday (vote song)
You Can't Always Get What You Want
Living In A Ghost Town
Start Me Up
Honky Tonk Women
Band introductions
Connection
Slipping Away
Miss You
Midnight Rambler
Paint It Black
Sympathy For The Devil
Jumping Jack Flash
Gimme Shelter (Encore)
(I Can't Get No) Satisfaction (Encore) 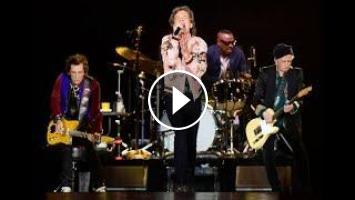